Dallas– March 8, 2022 – The Milestone Aviation Group Limited (“Milestone”), the global leader in helicopter leasing, today announced the delivery of an Airbus H145 helicopter to Ecocopter Ecuador, a leading South American operator. Located at Ecocopter’s base in Quito, the aircraft will be the first of its type to be based in Ecuador and will be deployed on missions across Chile and Peru. The announcement was made during the 2022 HAI Heli-Expo event in Dallas, Texas. 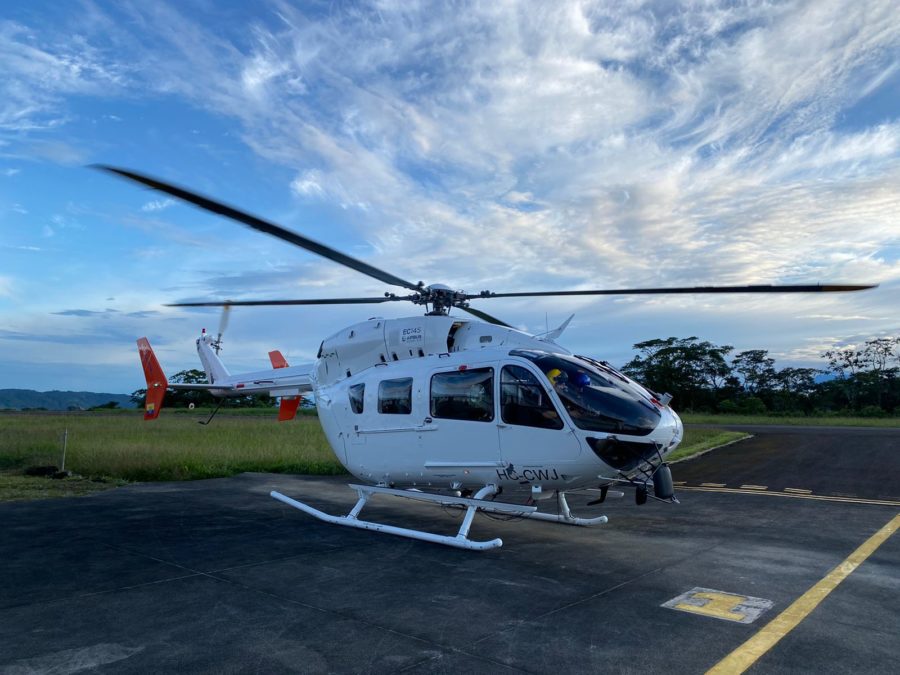 The multi-mission H145 will carry out a wide range of activities. These include passenger onshore transport, external load transport such as the construction of road and power lines and will support mining contracts in some of the most remote and inaccessible areas of the country. Ecocopter will also put the light twin helicopter to use on HEMS (Helicopter Emergency Medical Service) missions.

Speaking at HAI Heli-Expo in Dallas, Marcelo Rajchman, Corporate General Manager, Ecocopter, said, “This helicopter will be the third Airbus H145 in the Ecocopter fleet but the first to be based in Ecuador. The H145 is a versatile aircraft that is well suited to the diverse environmental conditions it will face, as well as the broad range of missions on which it will be deployed. This adaptability means that it is as capable of serving the oil and gas sector as it is to supporting activities such as mining projects and the installation of power lines in hard-to-reach areas.”

Vincent Roux, Commercial Manager, Milestone Aviation, said, “Milestone Aviation has been working closely with Ecocopter for a number of years and we are delighted to cement that partnership and support their growing operations. This placement is our first in Ecuador and further expands Milestone’s presence in the South American market, serving alternative missions.”