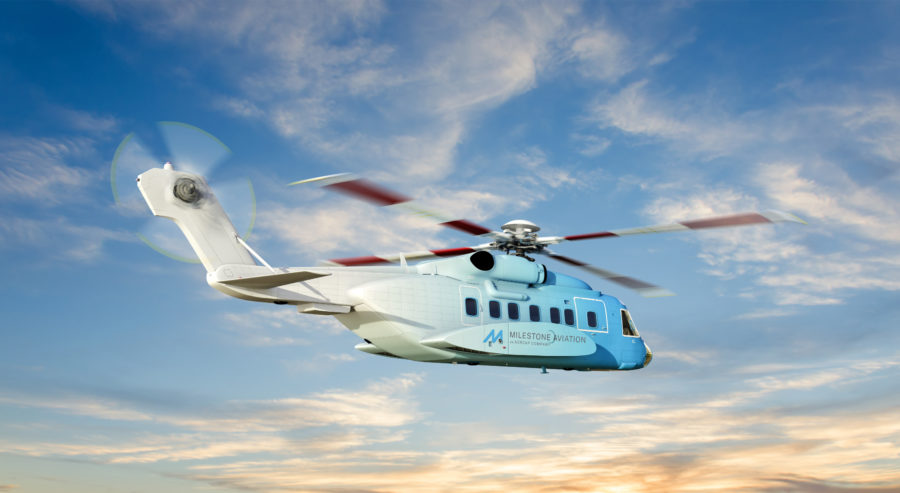 The S-92s will support COHC’s offshore Oil and Gas passenger flight services. Milestone currently has one S-92 on lease to COHC.

Michael York, Head of Emerging Markets at Milestone, said, “Milestone has worked closely with the COHC team since 2014 and we are pleased to continue to support their fleet requirements with the delivery of two S-92 helicopters. We thank COHC for their business and we look forward to working with the team for many years to come.”

Chen Hongyun, General Manager Assistant and Head of Procurement at COHC, said, ”COHC leased its first S-92 helicopter from Milestone for offshore operations in 2014. We appreciate Milestone’s continued support and smooth cooperation with the lease of a further two S-92 helicopters, which is another win-win achievement. We look forward to working together with the Milestone team in the future.”